African Lives Will Never Matter Until The Economy Does

Choosing between people and profit: it is time to drop the Western exploitative neoliberal model and build a pan-African prosocial collaborative economy.

In the wake of George Floyd’s killing by police officers in the United States and the global movement for Black lives, there has been a resounding call to re-examine the relationship between society and state, particularly its use of violence. Yet a meaningful conversation is lacking in relation to one aspect of this failing social contract – the innate structural violence of our current global economic system.

A closer look at African-American history provides us an important lead that could help us start this conversation: the life and work of the Honourable Marcus Mosiah Garvey.

Born to a maid and stoneworker in 1887, Garvey grew up in an impoverished community in rural Jamaica. In 1905, he migrated to Kingston, the island nation’s capital, where he became involved in trade unionism and political activism after witnessing the struggles of the labouring class.

Drawn to the anti-colonial thinking he encountered by joining the then-National Club of Jamaica, Garvey became an autodidact by nature. His thirst for knowledge would lead him to journey across Central America and live in London from 1912 to 1914 in a quest to understand the global Black condition. He observed parallels between the unfair treatment of African peoples and the discrimination against the Irish in the United Kingdom, and devoted his life to improving the economic conditions of African peoples.

In 1914, he founded the United Negro Improvement Association (UNIA), with the aim of fostering international unity among peoples of African origin on the premise of economic self-sufficiency. Garvey was a pioneer who epitomised both the enterprising spirit and collective self-determination of African people across the world. The aspirations of his movement, alongside the lessons from its failures and successes, frame an important discussion around the nature of systemic outcomes.

“The Negro is perishing because he has no economic system”

“The Negro is perishing because he has no economic system,” he famously expressed in his 1937 collection of 22 philosophical lessons, which he called the “Course of African Philosophy”.

In this same work, Garvey demonstrates that he understood perfectly well the necessity of designing an economic system that serves the needs of African people globally. Further along, he observed the consequences of systemic economic exclusion and its propensity to reproduce the preconditions that ensure the continuation of systemic deprivation – a cycle he deemed impossible to break without the removal of poverty. In Garvey’s opinion, nationalism hinged on individual advancement alone becomes fundamentally corrupt and unsustainable.

By advocating that “wealth is power, wealth is justice, wealth is real human rights”, he sought to spur community development by promoting a collective decision-making and profit-sharing model that advances the interests of Black people in America and beyond.

In Garvey’s 1921 recorded UNIA speech, “Explanation of the Objects of the Universal Negro Improvement Association”, he asserted the idea that Black communities needed to develop an ideology and an economic modus operandi that would lead to their economic development. He was not speaking of merely duplicating capitalistic ideas, but of the creation of an innovative economic “African commonwealth” where African groups could maximise their collective interests and be recognised as equals. Political and social objectives were secondary to this entrepreneurial mission, as his philosophical works later affirmed that economic achievement is the primary determining factor of societal power dynamics.

Garvey’s teachings invoke a deep reflection – namely, in order to deconstruct the inner workings of an economic system, we ought to first determine what it aims to accomplish.

First principles reasoning around this matter necessarily urges us to question what the primary function of an economy is, and who or what it serves? The word “economy” itself can be traced back to the Greek word oikonomos, meaning “household manager”. In other words, its etymology implies the deliberate management of available resources so that our common household (i.e., people and planet) can not only survive, but prosper. 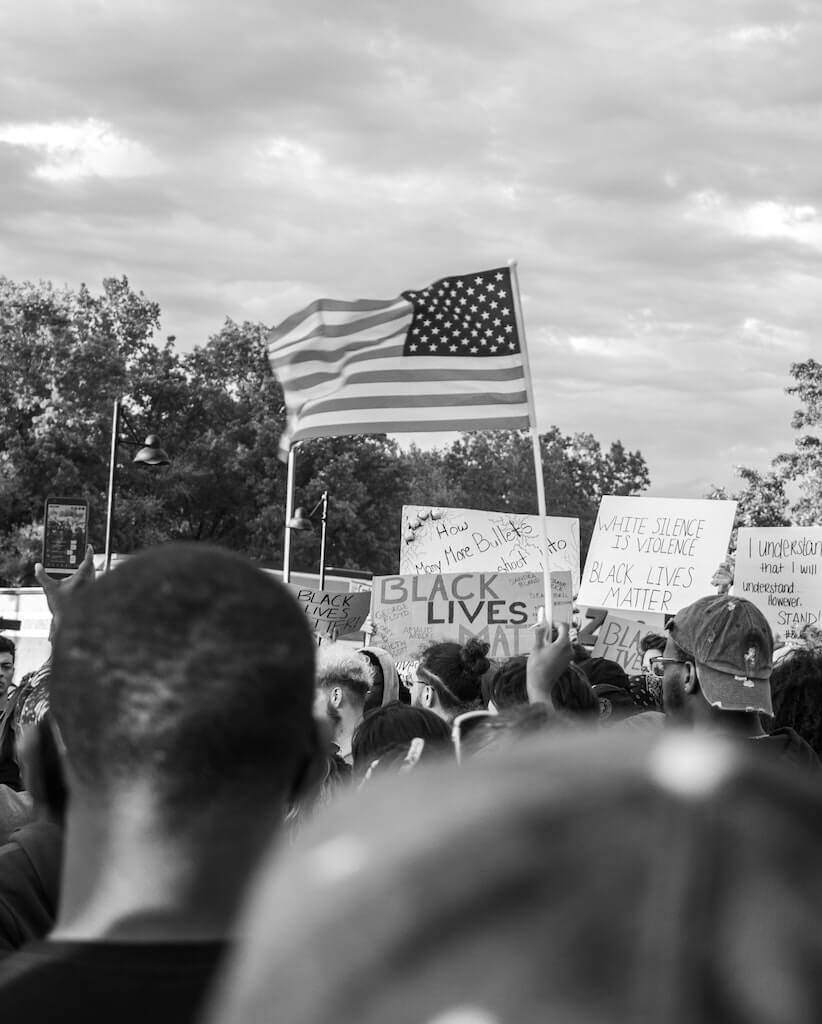 Economics is our value system codified as equations that determine how much value we assign one thing relative to another. Accordingly, this determines what we are incentivised to do and what we confer power to. If an economy seeks to transform society, it is imperative that we infuse our values into it so that it accounts for our well-being. How a community, country or region chooses to measure its economic well-being shapes how priorities are set and how resources are allocated. We should then agree that at a bare minimum, the components that form an economy’s genetic composition ought to positively encourage human and planetary well-being.

The embedded growth obligation of our present-day market economy generates an untenable paradox: it permeates and commodifies everything by incessantly pursuing profit and constant growth. It requires marketing and advertising to spawn mass zombification in favour of never-ending debt and cyclical consumption. It exterminates economic efficiency and generates copious amounts of waste through planned obsolescence and suboptimal design.

It suppresses the efficiencies and productivity of collaboration by treating ideas and information as proprietary (i.e. intellectual property), resulting in waste through unnecessary intellectual repetition. It preserves a general condition of scarcity and short-term gains premised entirely upon the need for real or assumed deficiency. It deliberately withholds social efficiency by poorly harnessing accelerating technological progress and automation not for the benefit of liberating human beings from drudgery and scarcity, but rather, to drive further economic insecurity through technological unemployment and meaningless jobs.

Quite predictably, all of the above-mentioned circumstances have resulted in a noxious state of planetary imbalance that is fuelling socioeconomic inequality, poverty, exploitation, mental health issues, antisocial behaviours, habitat destruction, pollution, ecocide and biodiversity loss, among other negative externalities.

The market system of economics is made to allocate capital to the most profitable endeavours, not the ones that are most socially beneficial. This is most evident across the innumerable social institutions, banking establishments, political groups, media organisations, scientific bodies, health authorities, military, pharmaceutical and agricultural industries, etc., that have either been seized or compromised by market actors seeking asymmetric advantage.

The inefficiencies created by humans vying for positions of power in this losing game pose an existential threat. Market capitalism has outlived its evolutionary purpose and has degenerated into a malignant cancer.

An economy that is not intrinsically linked to human and environmental needs, while powered by chronic debt and consumerism, is not an economy at all. If anything, it is patently anti-economic.

In Garvey’s time and today, what we have commonly understood to be the economy is, in effect, a fraudulent paradigm masquerading as an axiom of economic value. And Western civilisation has constructed and disseminated a monumental edifice of theory to assert its dominance based on this destructive model of market capitalism.

The basis of this thinking must move African economic development away from a Western-inspired exploitative ethos to an African-inspired collaborative ethos.

Followers of Garvey’s teachings must therefore prioritise dismantling the neoliberal political paradigm at the centre of their economic organising programme for African liberation. They must strive to transcend the market’s crude and reductionist “supply, demand and price” dynamics. Properly embracing the tools of modern technological capacity provides a solution to better interweave, measure and account for the humanitarian values we deem socially desirable in a new economic system.

These elements require deep cooperation in order to outcompete the very concept of competition itself, by creating a prosocial environment where the benefits of generosity, sharing and transparency must outweigh the benefits of non-cooperation at all times – while simultaneously rendering it antifragile in order to endure any exogenous sabotaging forces on this new system.

Rethinking economic development and pan-African solidarity in new terms will require exceptional leadership and tremendous courage. Only by ending economic mismanagement can true efficiency and abundance flourish. The people who are best positioned to transform the world’s destructive systems and structures into something more humane and secure, are particularly those who have been most betrayed by the existing systems. Those who are in the greatest danger of perpetuating old system patterns are the ones who have most profited from them.

From the perspective of historical significance, Garvey proved to be the spark that reignited African dignity through collective endeavour. While he was never afforded the opportunity to fully realise his entrepreneurial aspirations, he provided a blueprint for developing collective entrepreneurial ventures.

His legacy is that of a pragmatic introduction to the promise of pan-African principles and courage – a legacy that must now be carried forward by young innovators across the African continent and her global diaspora.

Now more than ever, humanity needs a century driven by exemplary pan-African leadership that is not fearful of transforming societies and communities into a superorganism of cooperation. All power is weak unless united, let us not shy away from our own divine potential – for no one will save us but us.

This Pan-African Council article first appeared on Al Jazeera and was adapted from Taarifa Rwanda.